Having the right team makes all the difference when it comes to the success of a project. The right team comes from having the best possible people who, through shared and individual perspective and experience, develop trust in each other.

Bruce Quisno, vice president of construction for Macy’s Inc., found a dream team during the construction of a fulfillment center in Goodyear, Arizona. Layton Construction and Ware Malcomb were a contractor/architect match made in construction heaven.

Read this article in the print edition of Foundation Magazine

“One of the things we appreciate about Layton is that upper management is involved. Dave Layton was on site multiple times to personally see how things were going.”

A GROWING OPPORTUNITY
With Macy’s online retail business growing at a large rate, and to maintain a competitive advantage in the online retail game, Macy’s took the same Layton/Ware Malcomb team — almost to a person — to Tulsa, Oklahoma to build a 2 million-square-foot facility in the middle of the country to speed distribution to customers.

“We’ve been doing great business in both brick-and-mortar and online,” Bruce says. “We’ve outgrown our capacity and needed a new building to keep up with direct-tocustomer shipping demads. Tulsa has great access to two highways and good access to shipping partners like UPS and FedEx.”

ALL HANDS ON DECK
Layton and Ware Malcomb were involved early in the site selection process, providing a wide array of preconstruction services as each site was evaluated.

“Macy’s had to ultimately make the call on which site they wanted, but we were there through the entire process to talk through site-specific issues,” says Brock Grayson, vice president with Layton Construction. “It was very rewarding to help the client make decisions early in the process that had significant positive impacts to the project during construction in regard to reducing cost and accelerating schedule.”

“The whole preconstruction process was exciting,” says Andrew Geier, executive vice president with Layton Construction. “From downloading with Brock during his site selection travel, to competing with two local contractors, to finally getting the call from Bruce that they had selected Layton to build the project, we were all so excited. Now all we had to do was go out and build a 2 million-squarefoot facility in 12 months. It’s too bad we didn’t have a meteorologist on our site selection team.”

Oklahoma experienced a topfive season for rain, with 60 total construction days impacted by rain throughout the 12-month building cycle. This meant there had to be adjustments to the logistics of the project. Many of those adjustments occurred with strategic thought and were managed by Adam West, Layton’s senior superintendent on the project.

Tilt-up concrete panels on the project stand as tall as 45½ feet. The fulfillment center has 36-foot minimum clear heights.

“The cadence of Layton is to step back, analyze and then go do it,” Bruce says. “Adam is not only a great communicator with the client, but he’s great on-site, too. He handled job-site adjustments smoothly and I always knew he had our back.”

I’VE GOT YOUR BACK
Having each other’s backs is the key to a successful team and this ability to see someone else’s perspective wasn’t lost on Nicole Darling, architect with Ware Malcomb.

“Adam and his team were a dream to work with — as always,” she says. “They have an attention to detail and a perspective on the project from every angle that leads to better buildings. They know where we’re coming from on the architecture side and we trust them when they make suggestions to make the project better.”

When talking to those involved, you hear one word over and over: “trust.”

“Trust. That’s how you work through things,” Bruce says.

“When you know the other person is trying to see things from your perspective, when you know they have your back, it’s easy to work through things together.”

The respect and consideration went both ways.

“When we needed answers or approvals, we would get them quickly,” says John Sirrine, construction manager for Layton. “We could count on them to come quickly.”

‘I’M A HUGGER’
Occasionally, the professional relationship morphs into a genuine friendship. Such is the case with Macy’s and the teams at Layton and Ware Malcomb.

“It’s special when you develop a genuine friendship with your customer,” Andrew says. “This is one of those situations and the friendship is enduring. As friends, we’re all focused on the collective success of the group — not only on this project, but on many more to come.”

This long-term approach and friendship means you’re able to keep short-term concerns in perspective and maintain a level of mutual respect.

“I’m a hugger,” Bruce says. “We hug each other when we greet each other. If there ever is an issue, it gets dealt with and left behind. We respect one another and that’s the key to a good project.”

THE END RESULT
Macy’s Logistics & Operations — the end-user of the building — has been operating in the facility for months and reports it has experienced one of the smoothest transitions from construction to operations of any facility in the company.

“It’s sometimes hard to get the end-user to buy in and be that ‘third leg of the milking stool,’ but they did and they are now using Ware Malcomb and Layton on another project in Sacramento (California),” Bruce says. “That’s saying something.”

In the end, it comes back to trust.

“The project’s success boils down to the fact that we could trust each other to make decisions based on what’s best for the project as a whole,” Adam says.

• Construction sequencing was dramatically affected by record-setting rains. Rain days dictated when concrete slabs and panels could be poured and erected. Other trades (steel erection, roofing, electrical, HVAC, etc.) coordinated to sequence their work around weather delays, which effectively compressed the 12-month schedule to 10 months.

• The latest laser screed technology and equipment in the concrete construction industry was used to place FF (Flat) and FL (Level) floors that exceeded all specifications. The quality of the floor is the essence of the facility — the enduring value of this building.

The project is located on a bed of limestone with a 25-foot elevation change from the east to west. The team added 384,000 cubic yards of engineered fill on the west side of the site and removed 50,000 cubic yards of limestone. The excavation took nine months of the project’s duration, with crews working seven days a week, 12 hours a day.

The material handling system is the best in the industry and the building needed to respond to the design needs of the system.

Located on a 72-acre site, the facility has a 200-foot truck court on the south side of the building, with more than 100 trailer positions

Layton’s construction team and Ware Malcomb architects celebrate together at the dedication and ribbon-cutting ceremony of the Macy’s fulfillment center on Aug. 6, 2015. 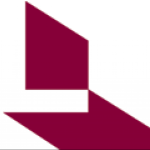 About the Author: Layton Construction

What Employees Love (and really Dislike) about their Office Space

What Employees Love (and really Dislike) about their Office Space

Layton Construction, founded in 1953, is a top-ranked, national commercial construction firm. As part of the STO Building Group, we bring project experience throughout the United States, Canada and Europe.